Saturday Sept 20th was a big day for Heal the Bay and the team at LAcarGUY. It was the 25th annual Heal the Bay Coastal Clean Up Day spurring countless teams to action around the country picking up their local beaches in one of the largest cleanup events of the year. It was a big day for the LAcarGUY cleanup team as well and they had more than 160 volunteers in all working hard to clean Will Rogers State Beach. That’s the biggest volunteer group of any corporate organization, and that’s the second year that they’ve broken that record, they managed to smash it in 2013 as well.

Success During the 2014 Coastal Cleanup Day

Each year Heal the Bay puts on a Coastal Clean up Day around the country. Participating groups go out to their local coast and clean the waterway, improving the environment for everyone. During the 2014 single day event more than 44,880 lbs. of debris were cleared away from coasts around the country. A total of 11,275 volunteers came together and worked to not only better the environment and enhance beaches at 50 different locations, but set a great example for other people to follow as well.

Each year it’s fun to see what strange items are found during the massive cleanup, and this year’s results don’t disappoint. A handgun was found at Malibu Surfrider Beach, so good thing that was cleaned away. During the cleanup at Tujunga Wash a Beauty Queen DVD was picked up, and at Redonda Beach, 4 octopi and 100 crabs were found living in trash and helped to a better environment.

It’s amazing what things are left around at our beaches, and some of the oddest finds, like the handgun, only reinforces how important it is to take time to pick up once and awhile.

Coastal Cleanup day’s an important event that shows how much can be accomplished through careful organization and hard work. The volunteers who participated in the single day event managed to remove over 22 tons of debris from more than 50 beaches and clean up these natural environments for everyone to enjoy. It was a massive undertaking but most of the volunteers would agree that the results are worth the effort. 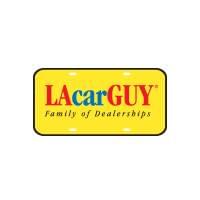